The blog site, Tumblr, has been around for a number of years now. The rapid growth of Tumblr proves that blogging is definitely here to stay. Tumblr is a blogging platform that makes it very easy to post video, audio, text, and share with other people. Instead of uploading videos to YouTube, photos  Flickr, or even creating your own WordPress website before you post these things, Tumblr lets you post your media directly into its own platform and is very easy to do.

Tumblr has just hit a major milestone in the blogging world. It is officially topped the 100 million Blog mark.

Tumblr was created in 2007, and in recent months it has added over 10 million blogs per month. That’s a very rapid growth rate. Part of the reason for this rapid growth, is that it has launched its new iPhone app, and has added tablet support for the android and the IOS. 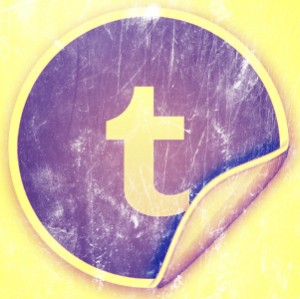 Tumblr is also now in the top 10 websites in the world and it is becoming very very popular with young adults, in fact in some cases it is outperforming Facebook for that demographic.

One of the reasons that Tumblr has been so popular, is that it has a great feedback system. Instead of the usual standard comment boxes at the end of a post, which can often mean people spamming it, it has a like button similar to Facebook, that lets other users express how they feel about this particular post. The other cool feature that it has is a re-blog feature and that lets you embed other people’s posts into your blog. It encourages you to add other people’s content.

Do you use Tumblr? If so let us know how long you been using it and why you love it so much.